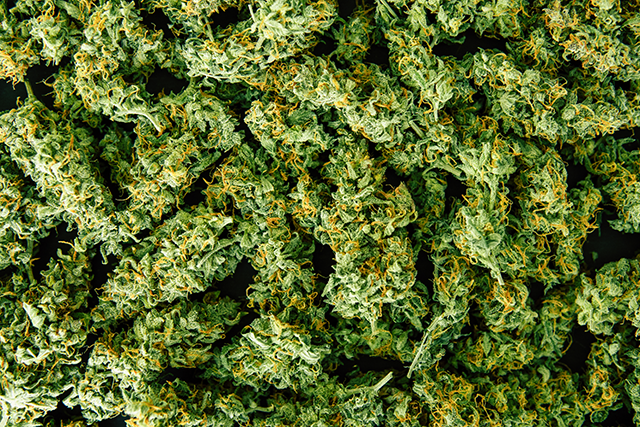 Marijuana is a greenish-gray-brown mixture of the flowers, seeds, stems and leaves (dried and shredded) of the Cannabis sativa plant, an annual herbaceous plant belonging to the genus Cannabis L. This plant grows wild in many tropical and humid parts of the world and has been cultivated for thousands of years as a source of industrial (hemp) fiber, animal feed, hempseed oil and medicine; and for its recreational uses brought on by the main psychoactive chemical it contains, delta-9-tetrahydrocannabinol (THC).

THC is found and extracted from resin produced by the leaves and buds of the female plant. Over 500 other compounds chemically related to THC can be found in the Cannabis plant. Over 100 of these compounds are called cannabinoids.

Screening Cut Off and Detection Time for THC

Just like any drug, screening for marijuana is guided by clear cut-off levels that vary depending upon the type of sample used. There are also different cut-off levels for screening and gas chromatography mass spectrometry (GC/MS) confirmatory testing because they use different testing methodologies.

The immunoassay tests done during initial screening are intended to detect a wide range of compounds that are chemically similar and that react with antibodies contained in the reagents. The GC/MS confirmatory tests on the other hand look for specific metabolites that identify and quantify a specific drug. Instant drug test cups vary in their cut-off levels, therfore it is advisable to check with your provider about those details.

Marijuana is classified under Schedule I of the Controlled Substances Act which lists drugs, substances or chemicals that have a high potential for abuse with no current medical use. Examples of other drugs in this class are:

Marijuana is perhaps in the unique position to be able to claim that it is a stimulant, a depressant and a hallucinogen rolled into one. Different people react differently to marijuana.

The different parts of the marijuana plant produce different forms of the drug that are likewise used or administered in a variety of ways.

Hash/Hashish – it is a potent and concentrated form of marijuana and contains high levels of THC. It comes from the dried resin from the flowers of the female plant and compressed into black/brown bars, cakes, sticks, balls etc. Hash is either smoked by breaking pieces off and placing in a pipe, or eaten by mixing with foods like the “hash cake” or brownies.

Cannabis oil/Hash oil – this is a less common form of marijuana but is the strongest form available, much more potent than hash or marijuana (herbal cannabis) with a high THC content. High quality oil is dark red or gold like honey. It is produced from the resin of the plant and extracted thru the use of solvents. To use, either add a drop of the oil to a cigarette and smoke; or inhaling its vapors; or by adding it to food.

Herbal cannabis (marijuana) – This is the form most people are familiar with. It is the dried leaves, flowers and sometimes seeds of the female plant, much like dried herbs. This is not as potent as either the hash oil or the hash. To use, it is smoked like a cigarette by adding to tobacco; or rolled in rolling paper on its own; or by using a pipe, blunt or a bong. It may also be added to food or made into a tea.

Marijuana is fondly called by any of the following names:

Anandamide is a cannabinoid that we naturally produce in our brains. It acts as a neurotransmitter by sending chemical messages between neurons all over the nervous system. Anandamide regulates our sleep, the senses, thinking processes, mood, appetite, coordination, movement, memory and time perception.

THC is a phytocannabinoid ("phyto" is the Greek term for “plant”), meaning THC literally comes from a plant. The THC in marijuana resembles anandamide. Because of this resemblance, THC is able to attach itself to cannabinoid receptors on neurons in the areas that affect the functions listed above and activate them. This causes a disruption of various physical and mental functions.

Within minutes of using marijuana, the short-term effects begin to manifest. These effects are short-lived, lasting for an average of some 30 minutes. Chasing the “high” drives users to continue using to prolong or recapture the euphoria. Other short-term side effects may include:

When long-term use leads to addiction, familial relationships suffer, recreational activities decrease or stop altogether, school and work activities are affected negatively and production and performance are compromised. Specific long-term effects may include:

When a long-term regular user momentarily stops even for a day, withdrawal symptoms may appear and worsen within 2-3 days, eventually going away in a week or two.

There is actually very little information about marijuana addiction because there have been no structured studies about it. It is actually a big controversy whether marijuana does indeed cause addiction. Some sectors, however, believe that when a person feels the need to use marijuana just to feel normal, that person may be considered marijuana dependent. The following are the symptoms of a possible marijuana addiction:

Marijuana users and abusers put themselves at higher risk of the health problems associated with it, like mental health problems, memory impairment, respiratory diseases, etc. Dependence also leads to financial, familial, social and professional problems. Those who are employed contribute to the overall costs and safety issues brought on by marijuana use in the workplace.

Marijuana use is so prevalent that it is actually one of the so-called SAMHSA-5 or the minimum standard for most employee drug testing programs. It means a basic 5-panel drug test that checks for:

Marijuana use may be traced as far back as the time of the ancients, but it wasn't until 1964 when Dr. Mechoulam, dubbed “The Father of Cannabis”, set upon learning more about the effects and uses of cannabis. Using hash donated by the local police, Mechoulam successfully isolated each compound occurring in the plant.

Using monkeys as test subjects, Dr. Mechoulam was able to determine the only psychoactive compound contained in cannabis is known as delta9-tetrahydrocannabinol (THC). From this point, he harnessed a sample of THC and baked a cake to use himself as a guinea pig for the drug.

It was in the 1920's during the Prohibition that marijuana began to take off for recreational uses when “marijuana clubs” or “tea pads” started sprouting like mushrooms in every major city. Marijuana clubs were tolerated because marijuana wasn’t illegal and wasn’t regarded as a social threat.

From 1850 to 1942, marijuana was listed in the U.S. Pharmacopeia for various conditions like nausea, labor pains and rheumatism. It was a popular intoxicant up until the 1930's until the then U.S. Federal Bureau of Narcotics openly portrayed marijuana as powerfully addictive. The 1950’s saw marijuana associated with the “Beat Generation” and then became a symbol of rebellion against authorities during the “Hippie Generation” of the 1970's.

When the Controlled Substance Act of 1970 came about, marijuana went under Schedule I drugs, right alongside LSD and heroin. After Mexico eradicated marijuana in 1975, Colombia became the main supplier, but the intensifying government campaign against it resulted in strict laws and mandatory sentences for possession. They also made it harder to smuggle through the southern borders. Indoor cultivation soon became the trend. By the early 1990's, an upward trend in marijuana smoking began again.