Mouth swab tests are quickly becoming one of the most popular ways to detect substance abuse. Mouth swabs can be administered without the need for specialized collection facilities or same-sex observed urine sample collections. With the ease of use, instant results, and low cost, oral swabs have become the preferred method of drug testing in the workplace. We also offer devices that don’t screen for THC, if required.Testing oral fluid for drugs can detect illicit substances in a donor’s system immediately after use and for up to two days afterwards depending on the drug.

About Saliva Drug Tests In drug use analysis, mouth swab drug tests have certain advantages over the... 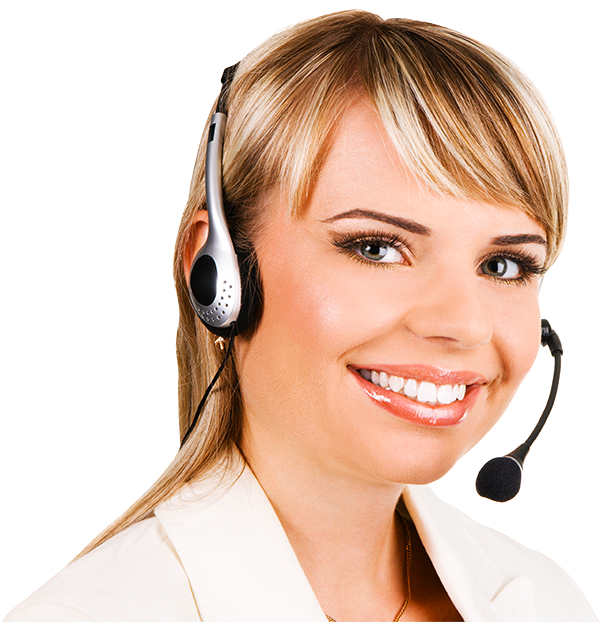 Ready to Get Started?

Our support team is standing by to help you find

the drug screening solutions you need.

How Does Oral Fluid Testing Work?

The quickest and least intrusive of all drug tests is the saliva drug test. As the name suggests, these tests take samples of an individual’s saliva to determine the presence of drugs or alcohol.

Oral tests are alternative options to blood, urine, or hair tests, which take longer to carry out and are more easily tampered with. These drugs tests are affordable options for companies with a drug-test policy or federal agencies that frequently undergo drug tests for performance checks, which is why media websites have started to cover their prevalence of use.

How is a Drug Test Done Orally?

An absorbent collection pad or small sponge swabs the inside of the mouth and cheek using fluid collection devices. Often the sample collected is less than 1 milliliter of fluid. The saliva sample is then tested for traces of drugs and other substances. Oral fluid testing takes place on-site or in a lab.

These tests are simple to do and much more comfortable than a blood or urine test. Collection usually takes less than two minutes. Often fluid testing is done immediately to reduce contamination.

What Do They Test For?

An oral fluid drug test will determine if one or a combination of drugs came into contact with the fluid specimens through ingestion.

The presence of drugs of abuse in an individual’s system can last for up to 90 days, but mouth swab drug tests will only detect a drug presence within a few hours. Some intoxicants will remain present in fluid samples for an extended period and can be detected long after consumption.

A few examples of drugs of abuse with long-lasting detection periods include:

Other drugs' concentration in fluid samples will decrease after only a few hours, so immediate testing is more likely to detect a particular drug than a delayed test would.

Furthermore, some fluid testing is more sensitive than others and can detect drug presences consumed many hours beforehand. The most common detection period for oral fluid tests is 5-48 hours after consumption.

How Do They work?

Generally, common drugs such as THC or amphetamines have a similar concentration within the oral fluid to plasma in blood. Because there is a high rate of absorption through the mouth with drugs that are ingested or smoked, the concentration in the oral fluid will be very high for many hours after consumption.

Most products contain the ability to test for 5-14 drugs at once. When combinations occur, saliva drug tests search for one main drug known as the "parent" drug, which often contains smaller doses of other, familiar drugs.

How do you Read Oral Drug Test Results?

Further confirmation can be performed via a lab mass spectrometry lc ms.

When is a Test Offered?

The primary instances of mouth swab drug tests occur at a workplace or on a highway. Generally, drug testing is employed to check the potential impairment of:

Both workplace and highway tests commonly take place after an incident or injury occurs. Because fluid specimens are tested so quickly, and without invasive procedures, it is difficult to tamper with any collected sample. In addition, the on site experience is more seamless than urine, and the data is easy to interpret.

Saliva tests, like blood tests, are the preferred methods for a sudden change in temperament, as opposed to long-term monitoring strategies like urine testing.

For many companies and workplaces, drug testing is a predetermined and regular occurrence. The business interest of providing testing or screening ensures overall service and employee and company health. An oral fluid test is a quick and affordable way to maintain a policy of frequent workplace drug testing through easy field detection.

Drug test policies vary depending on the industry and state law. Federal positions, in particular, are often subject to regular workplace drug testing or even confirmation testing.

Depending on the state you live in, there are various laws in place to control and limit workplace drug testing.

Many policies are made to regulate when and how a drug screening can or should be conducted. Often there are restrictions in place to determine what circumstances are appropriate to prompt an employer to administer a screening test.

Many federal laws require employers to have policies in place to limit workplace substance abuse. These policies can include regular workplace drug tests, including saliva drug tests.

Workplace drug testing can be administered for many reasons, such as background checks or establishing a base trust before employment begins.

Applicants who have yet to be hired sometimes have to undergo a screening test to complete their applications and qualify for a job. Other fluid tests are performed due to policies concerning:

For companies with an oral drug test policy concerning promotions, a mouth swab drug test is often the final step before the promotion takes place.

Such oral drug tests in a workplace involve selecting random workers to undergo mouth swabs with little prior warning.

When a company maintains a random screening policy, every affected worker or employee must be alerted ahead of time. Every employee must know in advance that subjection to a fluids drug test is possible.

Occasionally an employer might want to gain fluid specimens from an employee if they believe the employee is acting with a different temperament.

A mouth swab drug test based on this belief is a for-cause test in which the employer suspects the employee of being impaired. Suspicions can arise if an employee is:

When an employer requests that an employee or job applicant take an oral drug test, it is possible to refuse. However, refusal to undergo a mouth swab drug test can limit opportunities and result in:

When companies and employers have open policies about drug screening and cooperation, they have little choice but to reduce opportunities or experiences for employees who are unwilling to undergo a saliva drug test.

Mouth swabs allow for easy and non-intrusive oral drug testing that are often more ceremonial in the workplace. Refusal to take part negates previously established trust, and employers will often choose to replace those employees on whom they feel they can no longer rely.

Fluid Testing in the Criminal and Justice System

Drug screening provides convenient monitoring and tracking technologies for those involved in criminal drug activity or drugs of abuse. In these instances, an oral fluid drug test offers data and information on:

Oral fluid testing can demonstrate the frequency of drug ingestion. Fluid tests can also quickly confirm suspicions of substance use. With continued monitoring, it is possible to track possession and transportation of drugs of abuse through prison systems.

How Effective is it?

Oral fluid testing is very effective at picking up traces of drug use in an individual’s system. However, these traces do not remain detectable in saliva for long. Unlike other drug tests, such as urine testing, the oral drug test hinges on recent substance use.

A mouth swab will not pick up on anything ingested longer than 48 hours before testing. In fact, mouth swab tests have the shortest window for detecting traces of banned substances. Hair tests can trace use up to 90 days, whereas urine tests detect up to 30 days if the sample comes from a chronic user.

Though accurate, saliva drug testing is not always the best choice for proving chronic use. Because of their short detection window, other testing such as blood or urine testing are often more reliable.

How Long Does it Take to Get Results?

If a fluid analysis is performed on-site, results are supplied within a few minutes. If the sample is given to a lab for testing, receiving the results takes much longer.

When a fluid sample tests negative for all traces of substance use, results are usually available after 24 hours of arriving at a laboratory. If the fluid specimen is positive, the result becomes available within 72-91 hours of testing. Labs use mass spectrometry lc ms testing to confirm the sample. In certain situations, tandem mass spectrometry is also used in the confirmation process.

Accuracy is affected by several potential factors, including:

Saliva drug testing has been proven incredibly accurate in detecting certain drugs within a limited time frame of ingestion. While it is true that consuming food or drink can disrupt the accuracy if taken less than ten minutes before the test, an oral fluid drug test remains 98 percent accurate.

With regular or scheduled mouth swab drug testing, participants are told not to eat or drink ten minutes beforehand to provide the clearest results. The occurrence of dry mouth can also hinder the results, as the lack of fluid in a person’s mouth will make it more difficult to determine drug ingestion.

Pros and Cons of a Mouth Swab Drug Test

The pros and cons of oral fluid testing are fairly evenly matched. In determining whether or not to use the test, understanding the parameters of its function ensures the most helpful results.

The biggest risk of contamination comes from the person taking the fluid sample. If they are not careful with their procedure, they could render the test results unreliable and unusable.

Anxiety concerning sample collection or lack of hydration can lead to dry mouth. Individuals with this issue might be subject to as long as three minutes of mouth swabbing before enough of a fluid sample has been collected.

However, supplementing this problem by drinking water can potentially reduce the concentration of foreign enzymes. Though drinking water will not prevent drug detection, it could decrease the amount found and confuse the assumed time of consumption.

A fluid collection pad that tests for specific drugs is attached to a collection device that depicts the concentration amount in the fluid content. For more varied testing, the collection device is sealed and brought to a laboratory for mass spectrometry analysis.

Oral drug tests are a simplistic way to test for recent substance ingestion. A high concentration of a drug in a small volume of saliva is detectable even hours after ingestion.

These tests are incredibly accurate choices for specific drugs and are normally used to confirm suspicions of intoxication. Their quick testing ability and non-intrusive process make them a convenient and beneficial tool for police checkpoints and workplaces.

What does Preliminary Positive mean?

What is cut-off level?