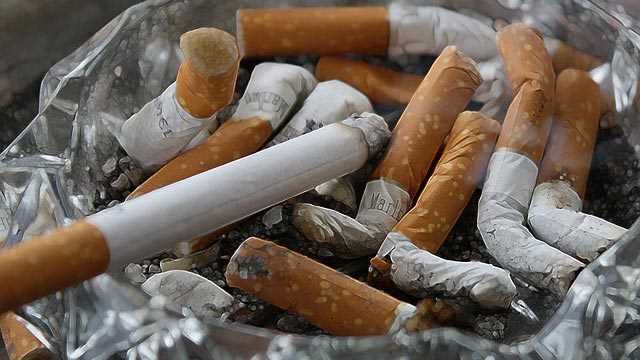 Does Nicotine Show Up on Drug Tests?

Lab Tests Online clearly defines the need for nicotine testing in many applications. In general, the test will be of much help if there is a need to evaluate tobacco use or to detect whether there is tobacco smoke exposure in a certain application. In other times, it can also be used for child custody purposes. The article "What are the Different Methods of Nicotine Detection" published in the Wise Geek, on the other hand, emphasizes the need for nicotine testing when someone applies for either a health or life insurance.

According to the Law Dictionary, nicotine tests are becoming important thus are already popular in many applications. With this said, it will help to know the pros and cons of the different nicotine testing methods depending on your goals for using one.

Pro: It can be used for long-term detection.

Con: It is expensive.

This is considered a very rare type of testing method used in nicotine detection. Commonly, it is used only for experiments simply because it is quite pricey. The good thing about hair testing is that it can help detect a person's long-term use of tobacco. Nicotine exposure via hair samples can be detected at about 10 days before the patient has given his simple.

Pro: It is a non-invasive, simple nicotine test.

Con: It is only reliable for very recent nicotine exposure and is not enough to collect the much-needed sample for detection.

Saliva nicotine testing works simply by using a cotton swab or cloth (or any other sample collector from the product) in collecting saliva samples for the test. While the test is considered non-invasive, it cannot be discounted that it will not be able to get a large sample for testing purposes. Once the patient's or donor's mouth dries, then there is a chance that it cannot produce the right amount of saliva needed to have accurate results for the tests. Additionally, the test is only successful for very recent nicotine exposure.

Con: More time consuming than any other type of nicotine test methods.

Cotinine, a stable nicotine metabolite, is commonly detected through blood sampling. This method works by separating the blood cells from that of the plasma collected via the donor's blood samples. From this separation, heavy proteins are eliminated or precipitated. Additionally, from this aspect of the process, another step is needed to remove any excess liquid from the blood sample through the help of an evaporator where dry proteins such as cotinine will be dissolved with methyl-alcohol. All other remaining heavy proteins will be removed and then whatever is remaining from the blood sample will be tested. As an end result, while it can yield accurate results, the process is considered time consuming.

Pro: This is considered the most sensitive nicotine testing method.

Con: Results can be changed when adulteration of the sample takes place.

This is considered the most sensitive method specifically because it can detect nicotine even in second-hand smokers. Second-hand smokers have small levels of nicotine in their bodies but no matter how small their nicotine level is, the urine nicotine testing method yields reliable results. The only problem with this testing method is the exposure of the samples to possible dilution or adulteration.

The amount of cotinine in the donor's sample from any of the procedures above can help distinguish heavy smokers from light smokers. Using any of the methods mentioned for nicotine testing will now depend upon your goals.